There are bears. Like for real bears.
If you think bears are cute (which they kinda are) and you value their lives, you’ll do everything possible to keep them safe … which includes preventing them from learning to like people food!

We wanted to catch the morning shuttle from Dick’s Creek Gap into Hiawasee first thing in the morning do chose to set camp on a flat space along side a creek about .6 mi up the hill from the gap. Darkage, Smalls, & I were talking and joking as we set up camp when suddenly Darkage said “bear!” He’d seen a little bear cub’s butt as he shelled and took off into the brush. Smalls and I turned a 360 scanning the area just in time to glimpse a large dark shape crest the hill behind us and scoot away. Whoah!
That evening, we scrupulously went through every pocket of pants, jackets, and packs and burned or bear bagged EVERYTHING. Darkage found the best possible bear bagging tree about 40′ away from our camp and used the excellent PCT method to hang all our smellables. Yes, even lip balm!
And we all went to bed.
Something woke me in the middle of the night and … I smelled shit! Ew! Like a mix of shit and garbage! OMG was that ME?? I fell back asleep.
In the morning, as we were breaking camp, Smalls mentioned smelling shit the night before and I replied that I’d also smelled it. We looked at each other and realized ….. That had been a bear! It had been close enough to smell!!
Darkage and Smalls went to retrieve our food bags and … found a paw print!
Wow! 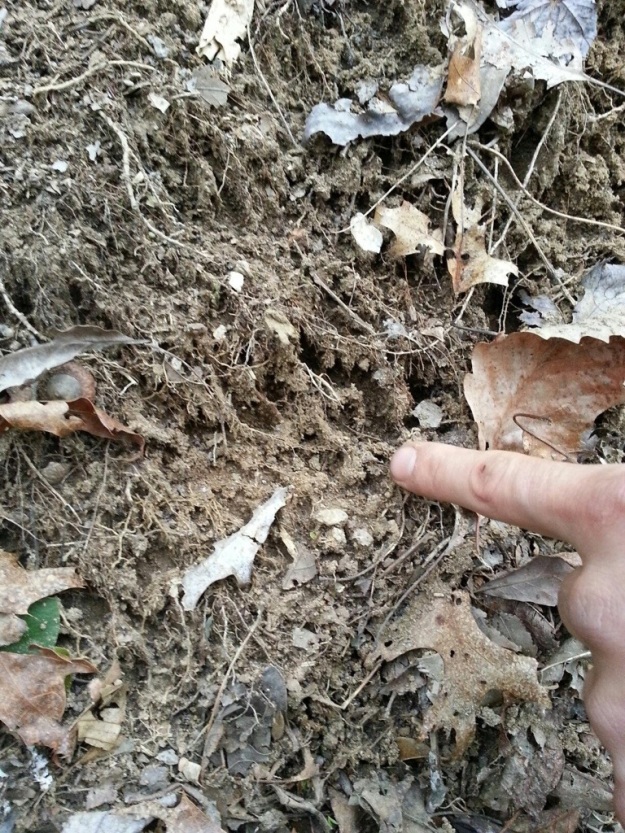 6 thoughts on “Lions and tigers and …”