… sometimes feels like an almost daily thing. March 29 for sure felt brutal.
I spent the night camped with about 25 or 30 others at Bly Gap. It was a really nice bunch bunch of folks and we had a huge toasty fire with lots of hiker talk and off-color jokes. The night was clear and cold. When I woke up at about 11 to pee, I wondered why the person in the tent behind mine had their headlamp shining my direction. When I woke up a little more fully, I realized it was a gorgeous bright moon. Stepping outside my tent to take care of business, the night was magical… a stunning sky lit by a glorious moon and, off in the distance, I could hear a pair of owls calling to each other through the dark. I got to experience this magic again at about 4 AM but the moon was mostly gone by then, taken over by clouds.
As beautiful as the night was, I did not sleep well. I had been tired and cold all day and my body just could not seem to relax and get comfortable. I was warm enough but my calves kept cramping and waking me. Adding to that, I had camped on the flattest space available but I still was on a slope and kept slowly sliding sliding sliding towards the door of my tent. The night before, I barely slept in a shelter where it had gotten down to 15° and this night was probably about 20° there in Bly Gap.
I woke in the morning determined this time to make myself a hot breakfast to start my day right! After a breakfast of coffee, cocoa, oatmeal, and salami, I prepared my pouch of lunch and snacks (including a high protein orange yogurt smoothie in a small Nalgene bottle for later that morning), got everything packed up and headed out of camp at the late hour of 9:45 AM.
The rest of my campmates were heading to Standing Indian Shelter 7.7 mi away, a distance I felt was probably beyond my ability, given my lack of good sleep for the previous two nights. My goal was to hit Muskrat Creek Shelter (2.8 mi) for a late lunch and decide at that point how much farther I would want to go. 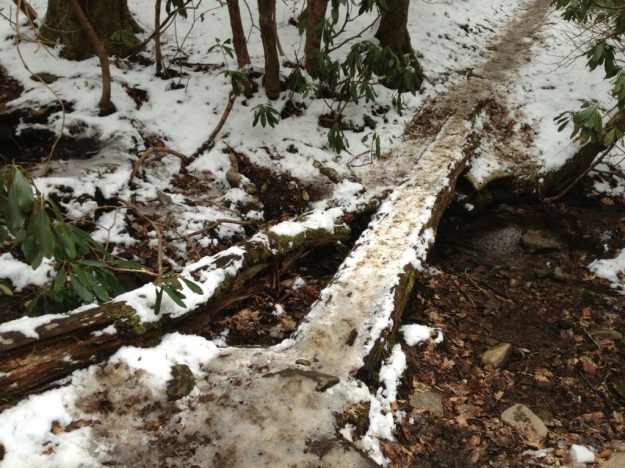 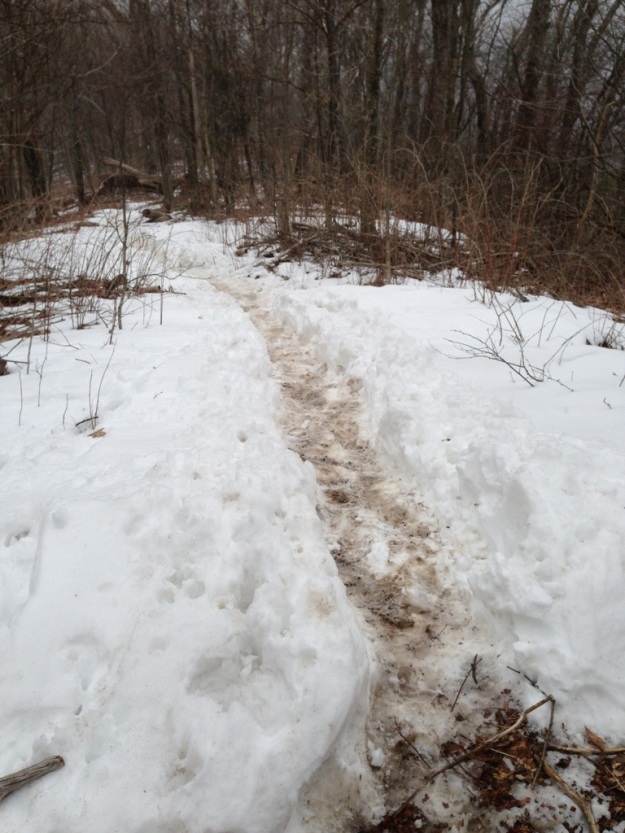 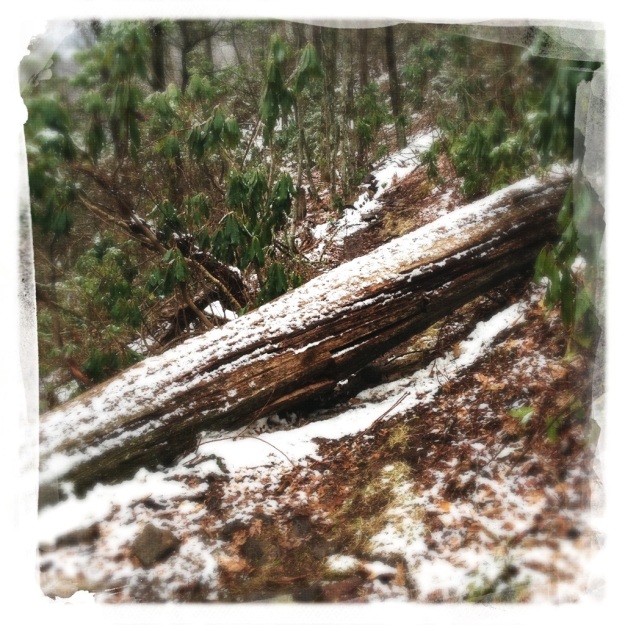 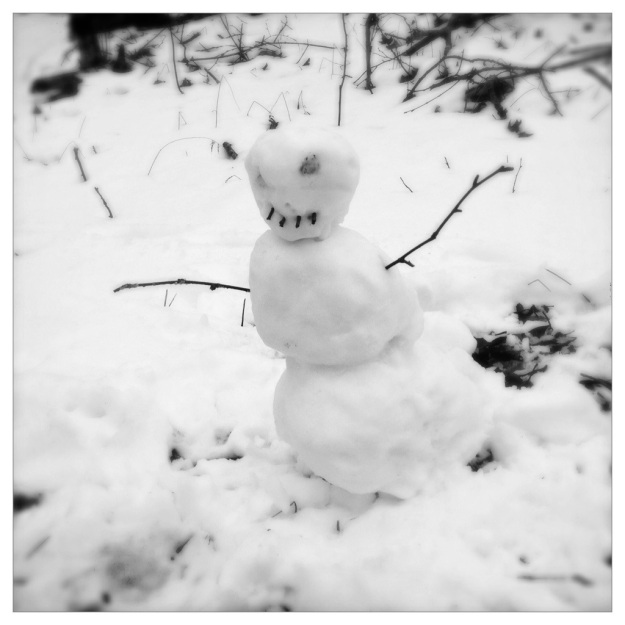